Let's have some fun!

It all started at the annual Met Gala (Recently at the Met Gala) in Manhattan. Our ex-Runner Frederick (aka. Hollow Point) and Cynthia (aka. Wyld) had to investigate a target and the best opportunity was to catch it at the Gala. To get in, they called in a favor from their mutual friend Ensha Sheraline...

Cynthia, not being promiscuous at all, had to refuse this almost irresistible offer and reminded them that she's happily married and won't do a anything without her wife. To tell you the truth, she was quite tempted to take the tempting offer, but she would never every betray her loving wife.

Ensha on the other hand, don't take no for an answer and turned to Gianna, Cynthia's wife, who was easier to win over for this idea due her past. 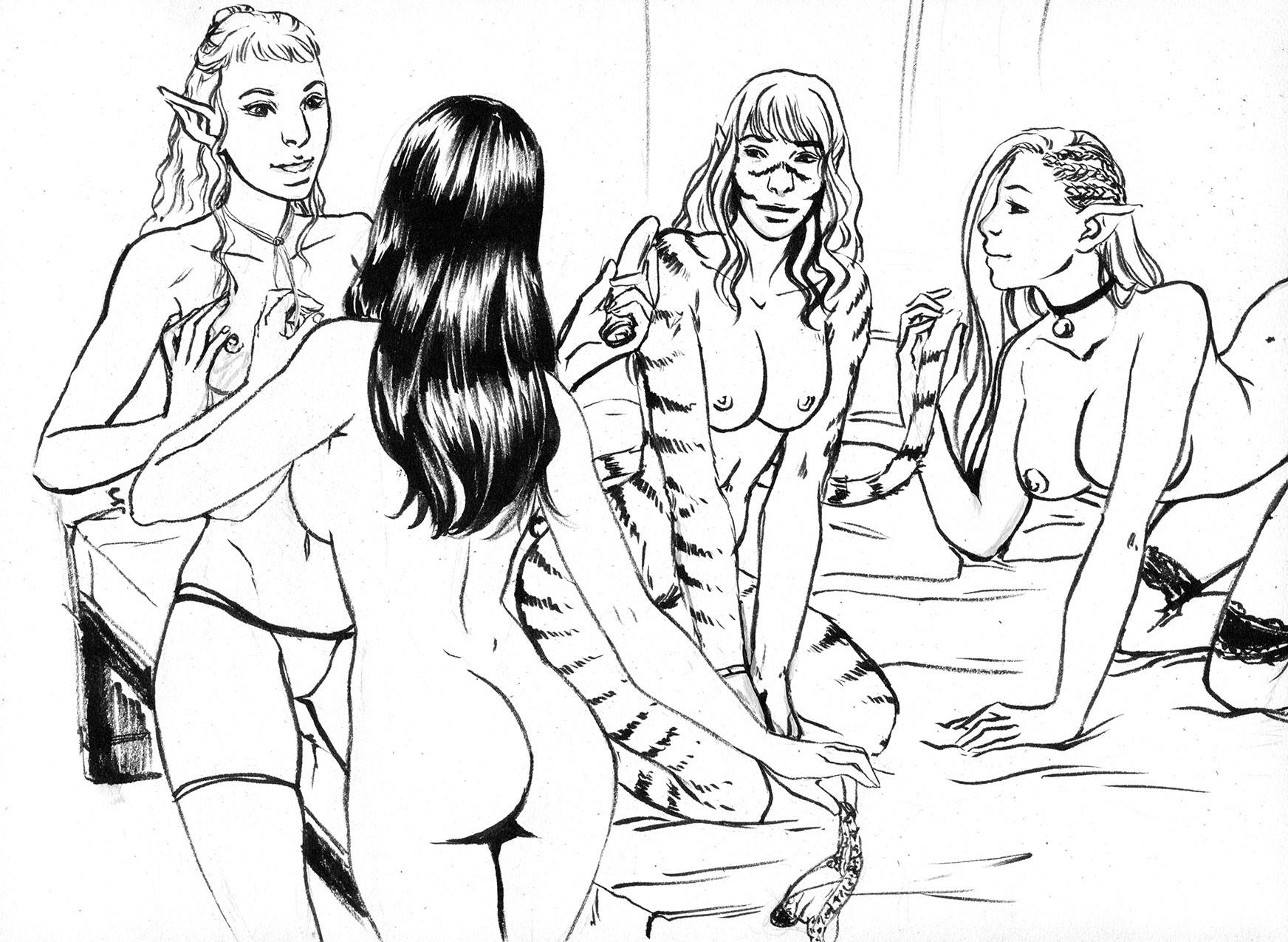