The spirits that I called ...

Here we have another piece I made as a warmup for Inktober2019; theme was witching hour.

On the right we have Chen (Kaleidoscope) in yet another of her forms. She is currently playing Xiangqi with her grandmother (an ancestor spirit), with whom she often talks about various things. Her grandmother Bai Ling-Wu died around 1999 at a young age. Fortunately, Chen holds her grandmother's old jade comb, which allows her to summon her from time to time. Besides teaching her granddaughter the ways of a mystical adept, she loves to play Xiangqi and listen to all the new things that are happening in the 6th world.

In the background we have the elemental spirit called Draky (German: Drachi). Whenever Chen summons a spirit, it’s always Draky who appears in one representation or another, regardless of the chosen element. Strange enough, he always seems to remember what happened the last time he was summoned and he also tends so have kind of an own will and a very twisted humor. He likes to dress according to the situation, where you can argue about the "appropriate style" because he tends to be hilarious. His language is incomprehensible to everyone except Chen and reminiscent of the hissing of dragons. Right now, he's posing as a commentator.... 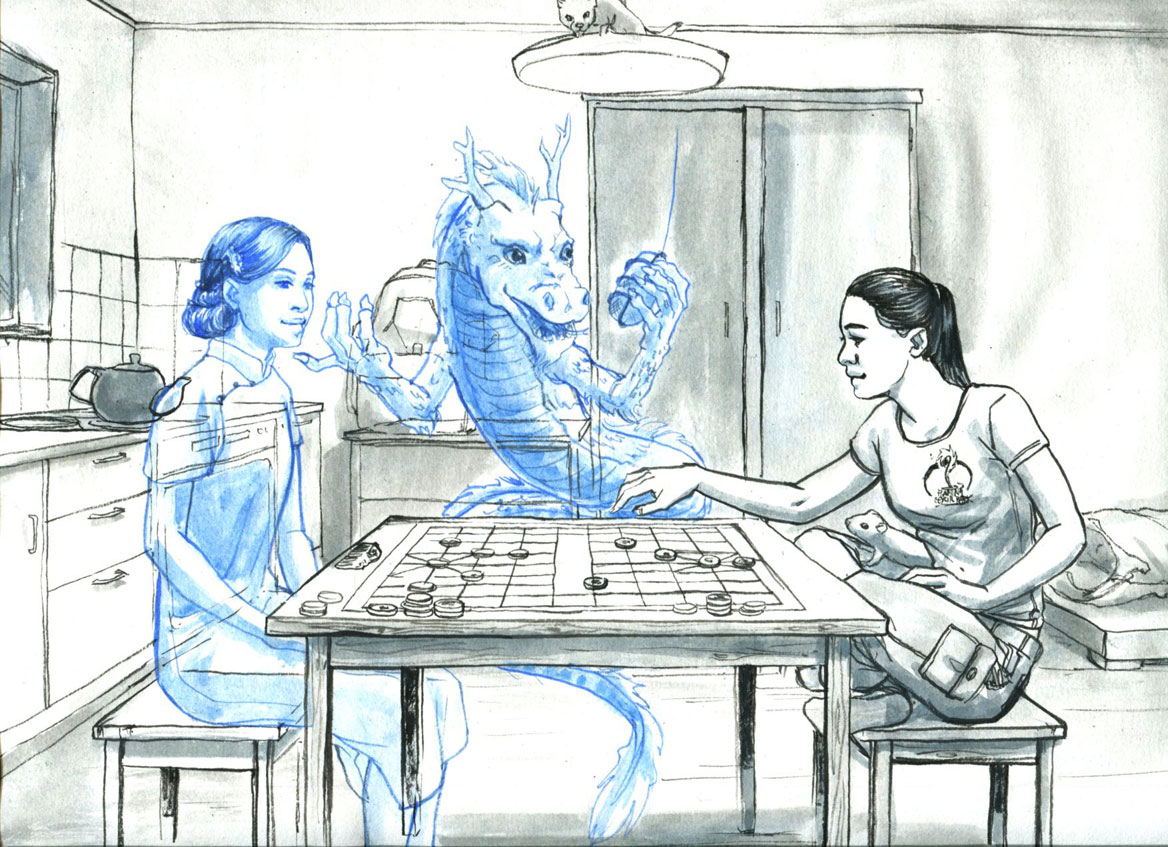